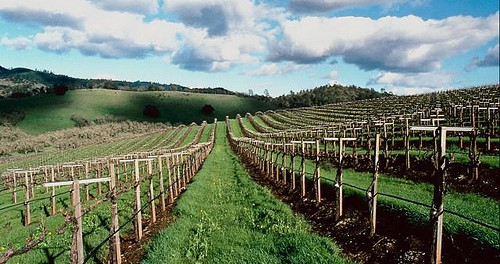 According to his interview with Ken Wilson on Farm Weekly, Crook hopes to generate “voices” to promote Australian agriculture on the website.

“The world is now a village. If Australian agriculture doesn’t sit up and take notice of what’s going on around the world we will be swallowed up,” he said

“I owe farming and agriculture a lot because I have been involved in this great industry for more than 50 years and have seen huge changes.

Crook believes the industry needs to be heard more than ever because of “signs of enormous stress and apprehension among farmers and their advisers,” regarding the financial state of Australian agriculture.

“For many they worry whether they have a future in farming and the cause is financial stress,” he said.

“One good year in WA will not turn back the clock on the last 40 years of acquiring debt.”

He is also apprehensive about the possibility of foreign investment driving out the local industry.

“Overseas investors are apparently queuing at the borders with buckets full of money wanting to buy into Australian agriculture,” he said.

“These strangers want to buy our agriculture. What do they know that we don’t?”

The Global Farmer website, currently solely run by Crook, describes its aim to be a “facilitator for a thoughtful conversation on the proposition of the need for a change throughout the structure of Australian agriculture.”

“In an agricultural world beset by uncertainty due to a burgeoning world population, climate variability, war, starvation, obesity, retail monopolies, corruption in high places, waste, commodity market volatility and ubiquitous international ambitions to acquire agricultural land and other agricultural assets in Australia, now is the time for Australian agriculture to determine its own destiny. Time to stand up and be heard. Time to get its own way for a change,” the site reads.