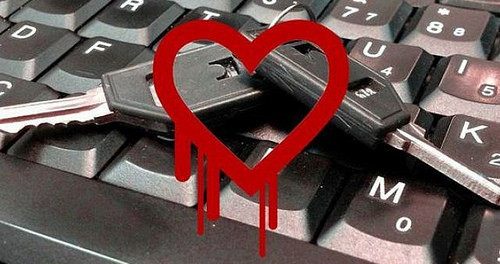 While many businesses in Australia have moved to assure customers that they are not affected by the Heartbleed bug, some still do not have much understanding of the issue.

Heartbleed affects OpenSSL, an application used to encrypt internet traffic (seen in sites with https at the front), which has a bug that can allow a malicious attacker in to gain access to its internal memory and private keys.

As described by the Sydney Morning Herald’s Ben Grubb:

“If this data was extracted enough times, the researchers found that an attacker would have been able to steal usernames, passwords and financial information –basically any piece of information being pushed through a server’s memory. They also found that a server’s private key –the key only it is supposed to have and what it uses to encrypt communications –was able to be extracted by a malicious person. With this key, an attacker can impersonate a website and sit in the middle of a victim’s internet connection and a “secured” website to access encrypted data and decrypt it.”

Another issue is the realisation that this security flaw had existed since 2012, and with recent revelations about Government and intelligence agency spying around the world, there could be more serious implications resulting from the flaw.

However, closer to home, most of Australian based big businesses and websites have been cleared of vulnerability, and were quick to state their secure status with new patches and certificates. Others, such as the Australian Federal Court’s Portal, JB Hi Fi, Priceline, are still listed as vulnerable, and are to be approached with caution. However, whilst there have been worries about the impact on large corporations, in truth many large service providers have the resources and know-how to counter security threats such as Heartbleed and can act accordingly, also advising customers of measures to remain secure.

“It was likely many internet firms would have ways to detect whether information had leaked using the flaw from their servers. Tech companies were likely looking through their logs following the disclosure on Tuesday.”

There is some worry, meanwhile, about how small to medium enterprises will be impacted, especially those that have no idea about the threat at all.

“When the exploit eventually comes out it will be used against e-commerce companies… it would be especially used against “mum and dad”-style web stores that don’t have full-time security administrators and who haven’t updated their web server in years.”

Most Australians are advised to approach the Heartbleed issue with caution but not alarm, ensuring the sites they visit do not look like third-party links and checking their personal online activity for no traces of suspicious activity.

This article is sponsored by Discount Domain Name Services, Cheaper Domains, and Information Brokers, which have all confirmed they are secure and were not under any threat from Heartbleed.