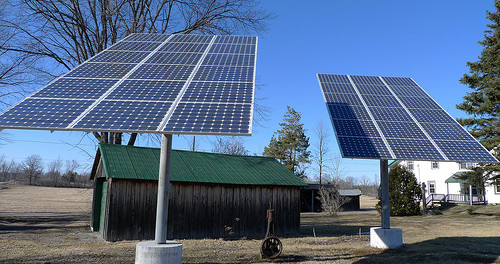 The companies behind the ‘Australian Solar Panel’ and ‘Euro Solar Panel’ brands, P&N Pty Ltd, P&N NSW Pty Ltd and Worldwide Energy and Manufacturing Australia Pty Ltd (WEMA), were pursued by the Australian Competition and Consumer Commission (ACCC) for falsely claiming on their domain names, web pages, logos and advertisements that their products were manufactured or supplied in Australia.

The ACCC and Australian Solar Council both claimed the brands sourced their materials from China.

John Grimes, Chief Executive of the Australian Solar Council, said the rapid growth of the solar industry had led to misleading tactics in order to achieve greater market share.

“I think that people are smart enough to realise that things like this happen in every industry, the important thing is that it is detected and dealt with,” he said.

ACCC Chairman Rod Sims said the use of country of origin is a powerful marketing tool which can be abused by firms.

“[False claims] harm competitors who accurately represent their products by creating an unfair playing field,” he said.
Meanwhile, the australiansolarpanel.com.au site has since been suspended from operation.