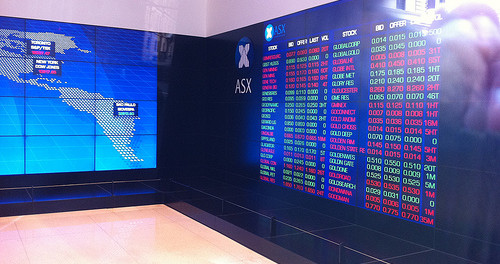 Freelancer.com, the Sydney based global outsourcing site, is still trading strongly almost a week after its debut on the Australian Stock exchange.

At its peak it exceeded $1.1 billion in value, an increase of 400% since its introduction on the ASX.

Currently it is trading at around $1.50, still treble its opening price.

It has been a whirlwind time for founder Matt Barrie.

Trading under the code ‘FLN’, Freelancer.com acts as an online marketplace where people or businesses globally advertise one-off jobs to workers who have to bid for that job.

Users can trawl through categories of jobs ranging from web development, design and writing.

Since its foundation in 2009, Freelancer has attracted over 9.5 million users, 5 million jobs and over $1 billion in project revenue.

Barrie and initial investors have an 88.6% share of the company’s stock, of which Barrie holds 46%.

Over 600 other shareholders purchased shares during its public listing.

Freelancer’s revenue stream is built on charging a fee on each job listing, and collecting a small commission once that task is completed.

The website’s revenue has grown by 64% in the past year, to a projected $18.3 million in December.