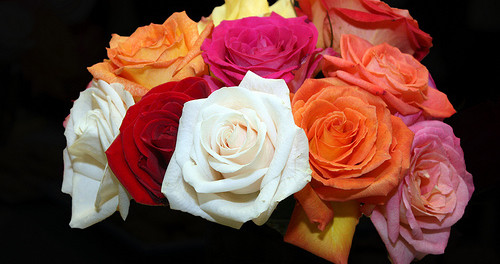 It has been revealed by BRW that Roses Only, the leading Australian online floral retailer, has been sold for an estimated $30 million.

The sale to FlowersCorp, owner of 1300 Flowers and Fast Flowers brand, only happened in January, but director Jack Singleton already has big expectations for his new acquisition.

Singleton plans to run the business as part of his portfolio of flower brands. Roses Only is already touted to be the portfolio’s biggest earner, accounting for up to half of the expected $50 million sales.

Singleton stated he won’t make too many changes to the business structure of Roses Only, with the main change to the system being the integration of all the sites into a single back-end location.

From BRW: “The company has already migrated the Roses Only website and mobile site to its own IT systems, is leveraging its buying power with flower suppliers to secure better quality and faster delivery, and might combine fulfilment and warehouse facilities.”

According to Singleton, “We bought Roses Only because it’s the best-known floral gifting brand in Australia by a long way… from the quality of roses to the packaging. We’ll always be aiming to make it better but it’s just incremental improvement.”

As for Roses Only co-founder John Stevens, who sold the business after the death of his co-founder father, still has a large role in the company and plans to expand operations.

Along with still holding rights to the Roses Only brand, Stevens owns the domain names for affiliated websites in markets outside of Australia and New Zealand, which he plans to grow in Asia.

“I’m very bullish about Asia and in the future, plan to be investing a lot more in Asia. We’re partnering a company based in Singapore, Hong Kong and Kuala Lumpur,” Stevens said.

Established in 1995, Roses Only began as a single store, then had a few more stores, but according to Stevens, the plan was always to expand business into a more virtual space.

“We wanted to create a brand that would never be at the mercy of landlords,” he said.

Rosesonly.com.au started online in 1999 when Stevens saw the benefits of moving into e-commerce with the initial boom of the Internet.

It is now one of Australia’s leading floral retailers, also branching out into other areas, including hampers, fruit and wine.