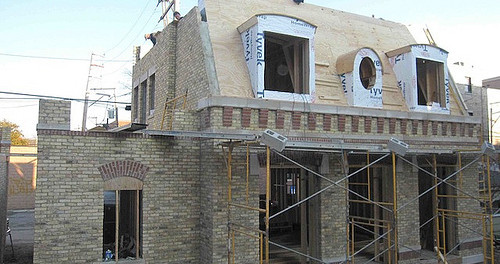 A marketing company has been ordered to return domain names to a building and construction company it once provided services to.

Kre8 brand had registered switchfeelathome.com.au and switchhomes.com.au after a fallout with Pindan Pty Ltd, which had adopted the two names as part of its marketing strategy.

In two separate cases, the WIPO panel found Kre8 had registered the names in bad faith to hinder its former client’s business operations after Pindan had sought marketing services from other marketing companies and the two companies severed business ties.

In its complaint, Pindan said that in May 2009 it invited marketing agencies to submit proposals for a new “home project division”. Kre8 suggested “Switch Homes for Living” and becomes Pindan’s marketing consultant (without any written agreement). Kre8 registered switchhomes.com.au with Clarity Software, with an oral promise that the domain name would be registered to Pindan “at some point”.

Pindan then invited various marketing companies, including Kre8, to pitch for a re-branding, which Kre8 disagreed with and refused to partake in. Pindan then registered the name “Switch Feel at Home”. Eventually, Kre8 were transferred the switchhomes.com.au domain name (under their new ‘Different Pty Ltd’ business name), along with Switch Modular, and requested $150,000 from Pindan for the domain names.

Pindan complained that the names registered by Kre8 were identical to their mark and the $150,000 transfer fee was made in bad faith.

In their response, Kre8 stated that after winning the rights to redesign Pindan’s marketing, “there was no contract for the work and all copyright for the work remains with the [Kre8].” They also said that Pindan proposed Kre8 work for them at “$25,000 a month (payment would be built into the future budget). A Partnership Agreement and Understanding was formed, with Kre8’s services worth 25% of Pindan’s annual advertising budget. Kre8 “created, produced and coordinated all brand material for the “Switch Homes for Living” brand (including the website)”.

After a representative proposed a re-branding for Pindan/Switch as a high-end builder, Kre8 advised against the idea, but go ahead with a redesign, which was ultimately rejected. Pindan then appointed a different company as their in-house marketing department.

At this point, Kre8 allege that they registered the disputed domain name for themselves before Pindan could register “Switch feel at home” as a business name for itself.

However, in the WIPO panel findings, it was discovered that Pindan registered “Switch feel at home” on September 18, 2013, and not a month later as Kre8 claimed, meaning Pindan had been first to the name.

In responding to its claims for holding the rights to the disputed names, Kre8 alleged that Pindan wasn’t the proper owner of the name, and that it belonged to a Trustee for Chamois Unit Trust. However, it was found that Chamois and Pindan were “one and the same, and [Pindan] owns the business name registration for “Switch feel at home”.

Furthermore, it was decided that Kre8 had never been known by the disputed business name, did not offer any products or services under such a name, and the website directed to an inactive, ‘holding page’. Thus, “it had no legitimate reason to register a domain name identical to Pindan’s business name.”

Because of both companies’ previous working relationship, and subsequent fallout, it was determined by the panel that Kre8 had only registered the disputed names to interfere with their former client’s business operations. Also, it was concluded that “the Respondent registered the Disputed Domain Name because it was upset that it had lost the Complainant’s business, and was hoping to use the Disputed Domain Name to obtain a $150,000 payment from the Complainant.”

As a result, Kre8 were ordered to return all disputed domain names (from multiple cases) to Pindan.