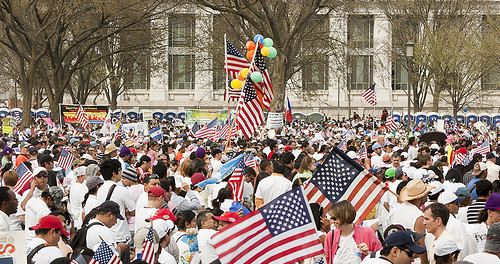 Immihelp, an American business providing migration services to foreigners visiting America, has failed to have the website immhelp.com.au, owned by Sydney-based Australian migration agent Babak Shahafar, transferred to its name in a complaint heard by WIPO.

Operating since 1999 and holding a business trademark in America since 2006 and in Australia since 2012, along with several Top-Level Domains names incorporating the “immihelp” name, Immihelp “provid[ed] consumer information in the field of immigration, insurance and visas”.

It helps Australians applying for green cards or dual Australian/American citizenship, and provides other services such as recognition of Australian qualifications in America,

Meanwhile, the disputed domain name, immihelp.com.au, was registered in 2009 by Shahafar, a registered Migration Agent in Australia, promoting migration to Australia, assisting with immigration visas and the settlement of immigrants.

The case said “all his clients hail from overseas and that the services he provides are specialised and focused on challenges faced by overseas individuals attempting to enter or otherwise reside in Australia”.

Currently, the website loads an “under construction” page. Shahfar acknowledged the site’s inactivity, stating that the Domain Name was actively used for email communication, though provided some evidence to suggest that he had previously planned to launch a functional website.

In rebuttal to Shahafar’s claims that Immihelp were trading unlawfully in Australia without MARA authorisation, Immihelp said “the jurisdiction of MARA pertains only to persons providing assistance regarding Australian immigration issues and Australian visas,” while they had provided immigration services to Australians and people worldwide traveling or immigrating to the United States.

Immihelp “only provides information relating to United States immigration and does not provide assistance with respect to Australian immigration or Australian visas. Therefore there is no requirement for [Immihelp] to be registered with or licensed by MARA.”

The WIPO Panel concluded that:

In conclusion, the panel decided that Immihelp could not establish a strong case against Sahafar, and dismissed the complaint, allowing Shafar to continue operating the immihelp.com.au website.