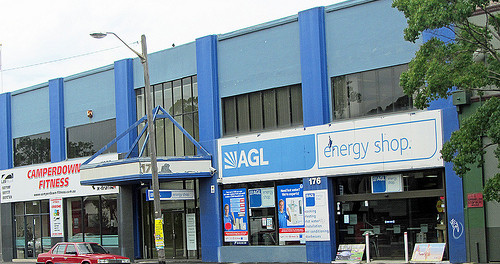 Energy company AGL has lost a battle to gain access to the domain name agl.com from an American registrant.

Operating since 1837 with various trademarks registered in 1975 and 1999, along with 44 domain names incorporating the AGL mark, and “generat[ing] earnings of over $1 billion (AUD) in the last financial year,” AGL attempted to obtain the agl.com site from James M. van Johns of Erie, Pennsylvania.

First registered in 1999 by van Johns, the site changed ownership up to four times before being re-acquired by him on August 1, 2011.

The proceeding, which commenced in October 2013, saw AGL try prove the site was registered site identical or confusingly similar to the trademark, was registered in bad faith, and had no rights or legitimate interest in the name.

In considering the arguments, the panel was split. Whilst all agreed the name was identical to the trademark, whether or not van Johns had legitimate interests in the domain name proved the sticking point in the case.

Panelists Christopher Pibus and Diane Cabell agreed with van Johns that 3 letter trademark combinations such as “agl” were inherently weak and warranted limited protection, especially as a number of businesses in different countries already used the ‘agl’ combination in their names.

Furthermore, they agreed that van John’s lack of knowledge of the AGL trademark stemmed from a geographical divide, as he was an American citizen, while AGL is an Australian company. As his business model involves the registration of hundreds of 3-letter domain names on a large commercial scale, the panelists agreed that one happened to coincide with AGL’s name.

However, while panelist Andrew Christie accepted that van Johns has adopted a business model of registering three-letter combinations, he did not consider such a practice to give rights or legitimate interests to the disputed domain name.

He also believed that van Johns should provide evidence other than “mere commercial attractiveness of the disputed domain name” to establish rights or legitimate interests in its use.

He did not view the practice of “capitaliz[ing] on the value of AGL’s trademark by using the disputed domain name to obtain pay-per-click revenue by linking to third party websites most or all of which are related to [van Johns’] field of business, in the most recent version of the Respondent’s website,” as a legitimate interest in the business.

Despite Christie’s view, the case was determined by the majority, and AGL’s complaint was denied.